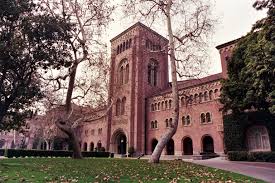 Look, I’m as grossed out as anyone over the bribery & deception scandals that have been unveiled in the past week, and I’m happy to see these people of privilege (POP) get indicted. But this is just one example of the much larger issue of inequity in education in the US.

There’s nothing novel in that statement, and maybe that’s the problem. We treat inequity like it’s an innate, intractable fact of life and are rarely horrified by it. Hell, it may be intractable, but we wouldn’t know because we’ve never, as a country, made an aggressive attempt to eliminate racial (and economic) inequity in schools. Or pretty much anywhere else, really. But let’s stick to schools for this rant.

I read Savage Inequalities decades ago, and was naive enough to think it would be revolutionary. Children in poor neighborhoods get fucked because public schools are funded with money from the local tax base. So not only are children in the Englewood neighborhood in Chicago, for example, having to cope with poverty, PTSD from violence done to their friends and families, gang threats, a society in which Whiteness as a race and culture is prioritized and normalized, the fallout from redlining and explicit racist policies to prevent POCs from accumulating wealth, implicit racism, inadequate nutrition and healthcare, and intergenerational trauma; the economic fallout from all of that, perpetrated by the US government and sympathetic actors, is used as an excuse to grossly underfund their schools: because you are poor, your schools will be too. Education: the great equalizer.

Pile on with facts like the rate of suspension and expulsion for Black kids, the tendency to see Black kids’ problems are intrinsic character flaws and White kids’ problems as temporary aberrations, the teaching of White history as American history and POC history as “other,” throw in legacy admissions to top tier colleges, and countless other obstacles that I don’t have time to mention here, and Felicity Huffman’s “ruh-roh” becomes a sideshow.

I’d like to think that if some of these POPs understood a little about white supremacy and the privilege and luck that is the very foundation of their lives, they might have made a different decision. Let’s be optimistic and leave it at that for today.