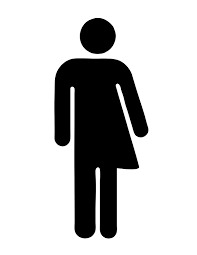 There’s a tasteful sign in the most liberal of liberal coffee shops in my city that “asks that you use gender-neutral language when addressing its employees. Thank you.” Great. I have no problems with the sign. But I’ve whined to a couple of friends about not yet having the huevos to ask the business to clarify what they mean. Yes, I know what they mean, and most of their liberal patrons in their liberal neighborhood in one of the most gender-spectrum-friendly cities in the country know what they mean, but what about the ones who don’t? What about the ones who see their colorful storefront or hear about their outstanding savory scones and stop in for a cup of coffee one morning? What if they don’t know how to respectfully request a change to the order they placed with the barista whose back is now turned? Do they feel excluded, ignorant, ostracized by the assumption that they should know? Ideally, we would all feel free to ask for clarification with curiosity and free of fear, but maybe we’ve been burned before. Maybe we don’t want to be laughed at, or treated with condescension, or branded a bigot, or made to feel stupid.

As I said, I’ve wanted to mention this to their staff, and I haven’t done it because I’m afraid I will be considered ignorant or any of the above. Most of my listeners have agreed with my opinion, but Ben challenged it: “Well, should a Black Lives Matter sign have a detailed explanation of the history of white supremacy attached to it?” A decent question, and I certainly sympathize with People of Color telling White people to figure shit out for themselves, that they’re tired of explaining their history or proving their humanity, that we can Google it, for fuck’s sake, but I think the coffee shop is different. It’s immediate; it’s a transaction, not just a statement; and it’s asking something of a customer without explaining what that thing is. In not explaining, it is excluding.

A few hours after Ben threw that little loop at me, I was listening to an interview with Karamo of Queer Eye on It’s Been a Minute* and the same issue came up. He just put out a book, in response to which a reviewer at Out magazine derided, “there are countless explanatory commas on aspects of blackness and black queerness strewn throughout the book …. such inclusions … signal a capitulation to a general (read “white”) audience.” It’s a legitimate complaint, which I understand a little better after reading an illuminating article in Harpers’ December issue (The Gatekeepers by Mychal Denzel Smith) about how Black intellectuals have historically had to craft their arguments to appeal to White people in order to be published, paid, and respected, at the expense of focusing their energies on the Black community, and how to make their world better for themselves.

Anyhoo, Karamo responds, “people say not to ‘pander’… but why is it bad to educate someone who doesn’t know? I think that’s part of the divide in our country right now, is that people are afraid to ask the question because they don’t want to feel like they are fill-in-the-blank: racist, homophobic, sexist.” He has embraced answering the question, even before it’s asked.

I understand the other side. I get wanting to protect your own culture, especially when it’s one formed in ostracism. I get not wanting to be burdened with the education of mainstream, privileged outsiders. But, as with the “punching a nazi” argument, I’ve got to go back to my interpretation of Buddhist philosophy, and that means compassion and connection. Cliques are awesome, and make you feel special when you’re in them, and they can bring a lot of love and joy to people who may have been deprived of a lot of love and joy, but exclusivity is by definition exclusionary. I sympathize if you don’t want to be the one to educate others. But I still don’t think that cultivating education and understanding can ever be a bad thing. If we don’t bring more people into the fold, there will be more of them than us. If there weren’t some Karamos out there, we’d all be pretty fucked. And I probably need to bolster my huevos and put this philosophy into practice.

*I will probably have to write both about Queer Eye and the proliferation of Hosts of Color (HOCs?) on NPR shows and how much better they have made the universe. Remind me, won’t you?

One thought on “To Explain or Exclude?”