Hello, dear readers! I’ve really missed you, or my perception of you, which is writing and publishing here.

My partner and I took 2 vacations in September, after going almost nowhere for nearly 3 years, and then for whatever reason I haven’t had the mental space or inclination to write much lately. But I can feel it changing. Something typically Z-ish will come out soon.

I finished (nearly – it was an audiobook & I had 30 minutes left when the library took it back) Being Ram Dass this week. I’m not a big biography or memoir person, but we had a long road trip and we’re both fans, so I made an exception. He was working on this with Rameshwar Das right before he died. Since I didn’t hear the ending, I don’t know whether he considered it complete when he moved on, or if Rameshwar Das filled in the final bits, but he does talk quite a bit about dying, which I always find compelling from someone who is actually on that edge, especially someone like Ram Dass.

I’ve heard many of, and weekly listen to more of, RD’s talks, so the really good stuff, the funny, vulnerable, human, loving Ram Dass stuff was nothing new to me. And if you want that, I’d recommend the Here and Now podcast instead. What I valued most in this book was him returning, again and again, to fucking up.

My first reaction to the stories of him getting wrapped up in ego, or power, or non-spiritual drug use, or blame, or self-pity, or self-criticism, or lies, or disingenuousness, was discouragement. I mean, if Ram Dass, who had known Neem Karoli Baba – who had known universal unconditional love – who had been guided by some of the highest beings on the planet and devoted his career to the pursuit of truth kept falling off the path, what hope is there for me?

But the flip side of that interpretation is (you already know the answer) that when we keep fucking up, we are just like Ram Dass. Human life is an institution not designed to cultivate spiritual development, but it’s the only school that would let us in, or the only one our guidance counselor told us about. So if that’s the major we chose, we just have to make the best of it & get what we can out of the curriculum. Much like the Acting BFA my former classmate & I were deprecating a few days ago: it wasn’t a great program, but we’re grateful for what we managed to take out of it. Unlike the Acting degree, we don’t have any other programs to compare it to, so living is truly the best and worst option available to us.

As Edward Abbey wrote, “Life sucks? Compared to what?”

Write at you soon, loves. 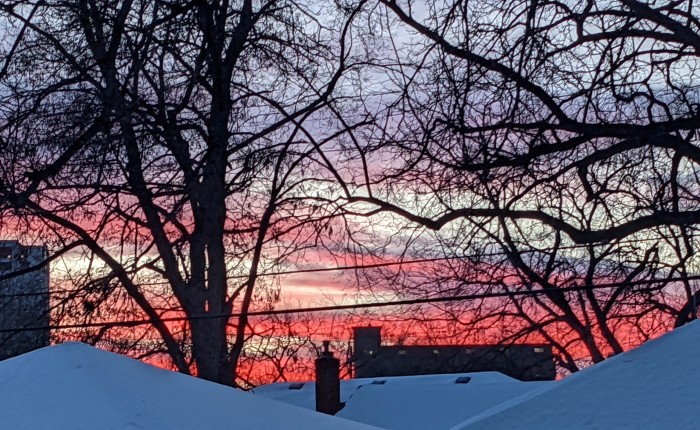 I died in my sleep last night.

Driving a precarious 2-lane mountain road, as I have done countless times in the West. Always that fear that something could go wrong – a wayward driver, a fallen rock, ice. You expect it for so long without incident that you start to believe it can’t happen.

An animal. So fast and my reaction likewise that I couldn’t identify it

And I was over the edge. No guardrails on dream highways. Light gravity and intense propulsion as well, since I did not crash flipping painfully and gracelessly over the lip as would have doubtless happened on Earth roads. Instead, as if shot out of a cannon, I flew….

Three phases hit in blinkingly fast succession, each cresting before surrendering to the next overwhelming wave.

One: Panic – oh fuck, I might die. The shortest phase, since as soon as I left that road, the end was inevitable, clearing the way for

Two: Oh, I am definitely going to die. This one packed a punch, filling me with sadness and loss and a pleasantly wee soupçon of vague regret. It only lasted a few seconds, but holy shit was it real. I was absolutely done and there was absolutely nothing I could do about it. It was visceral, literally in my gut. The end of my life on Earth. But because it was a dream or because it was not intentional or because I am an enlightened being (*kaf kaf*), I didn’t experience The View From Halfway Down that surviving bridge jumpers and Secretariat on BoJack Horseman seem to relate without fail. No big should’ves or could’ves or whys. Just a transition to…

Three: Well, we all want a good death: let’s get to it. I flew into the stunning sunset, backdrop to a scene of lush pines below, cliffs all around, and mountains in the distance. Definitely the kind of place I’d like to die. The only thing missing was the ocean, but oceans have always signaled an edge for me, a boundary, and here I had to create my own edge – that of my human existence. The sunset was inspired by one I’d seen a few night previous from home, sloppily captured in the image above – roiling rose and bright magenta, with lavender highlights. I got to it posthaste, projecting, as well as I could, love to my partner and my dog, attempting to transmit my lack of fear and my total okayness with dying. I would have, doubtless, moved onto other folks, but my car had finally begun to arc downward, and as I pondered the gorgeous, jagged trees below me I had a gasp of, “what if I don’t die instantly” and a quick flash of me crushed in my car, in the middle of nowhere, with bones impaling organs, but not deeply enough to kill me, leading to a slow, agonizing bleed out. (What I should have done at that point was follow the advice of the adept die-er in Palm Springs: take off your seat belt to propel you into a quicker demise.) I shook it off: unlikely scenario, given the height I was falling from, and I was still bound to die eventually, if more slowly and painfully than I originally anticipated. Change. Impermanence. The car’s downward decline accelerated and then

Which was a hell of a thing in itself, being thrust back into life after fully accepting death. But I wasn’t unhappy about it. I make no secret of my love for this planet and my ambivalence about leaving it, despite the indescribable experience of true Knowing and the freedom from human and corporeal concerns I’ve had in other consciousnesses.

I went on with my day, working at my non-inspirational job, for fuck’s sake, and at one point distracted myself with an email from National Geographic: animal photos of the year. I quickly stumbled across this stunning creature, who broke my heart with that look.

I read the description accompanying the photo and found that this older male (looks like a kitten!) had been followed by the photographer for two years and died not long after this was taken, chasing an ibex off a cliff.

We had the same death!

I wondered what it was like for the leopard – if it got to feel the fall. If so, whether it tried to fight or let go, if it recognized and accepted its inevitable death. A far fetched, but not insane idea: non-human animals seem much better at predicting and accepting their own deaths than we are. My favorite example was that of Buster, the surly cat that served as the mascot at the old bookstore where I worked for a decade. He hated almost everyone, and rarely put up with any affection whatsoever. One day he came into the mail order department and lay down on the center of the sorting table, letting anyone pet & speak sweetly to him. There didn’t seem to be anything wrong, other than the change in personality. Two days later, we found him dead in the alley next to the storage shed. Buster’s gorgeous, wild cousin could certainly have at least that much self-awareness, after a lifetime lived in that landscape. Either way, I hope he didn’t suffer. I hope he got to enjoy flying for a second or two.

I hope that for all of us.

I lied. At the end of my last post, after writing about my problems with the word ego, I promised to steer clear of any more wonky language rants and post my next update instead about the concept of separateness. But as I started researching that topic, I ran into a snag. I came across another word I realized causes just as much confusion and raises even more questions than the word ego, and I decided the meaning of this troublesome word ought to be clarified before I move on to other subjects, because it’s so central to what this whole blog is about.

The word I’m talking about is “spirituality.”