Ego is the archenemy of an enlightened life. At least, that’s the impression I get when I study modern Tao and Buddhist teachings. But when I talk with people about ego, including fellow Zen students, I get the sense that we never quite agree on what the word actually means. If ego really is the archenemy of the enlightened life, shouldn’t its meaning be universally understood?

The word “ego” pops up constantly among Westerners who write about and teach Eastern philosophies—“Free Yourself from Ego in Three Easy Steps,” “Ego, the Enemy of Self,” “Dissolving the Ego,” “Leggo My Ego” (I made that last one up, but how is that not the title of a meditation book?)—and in these cases I assume the word ego has been repurposed from its Western psychological origins to stand in for the Sanskrit word ahamkara, which roughly translates to “the concept of self” or “I-maker.”

Maybe the word “ego” is the closest word we have in English to describe, in a succinct fashion, the essence of ahamkara, and that’s why it’s been so widely adopted by modern spiritual teachings. But I don’t think it’s close enough. As Mark Twain said, “The difference between the almost right word and the right word … is the difference between the lightning bug and the lightning.” 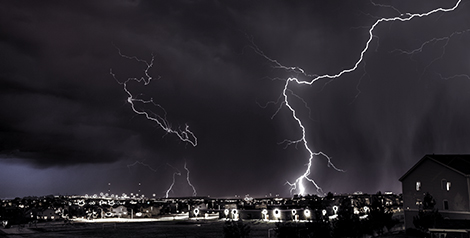 Outside of spiritual teachings, when people use the word “ego,” they tend to mean big-headedness or a boastful personality. “Hey, look, we just elected President Ego!” To be egotistical is to be selfish, narcissistic and vain. So when Zen teachers encourage the dissolution of ego, their message might be understood as: “Don’t be a dick.” Which is a fine message, don’t get me wrong, but a sloppy interpretation. A person can be humble and kind and still have a strong ego.

We also have the Freudian definition of ego as it relates to the id-ego-superego psychological conceit, but I think that’s even further from what Zen teachers are trying to convey.

And let’s not get started on the various ego interpretations from Friedrich Nietzsche, Ayn Rand, Max Stirner, etc. etc.

The word, by its very ambiguity, muddies communication and makes the spiritual goal of letting go of ego an unclear objective, especially for people new to Zen teachings or those researching spiritualism in passing. The differences among meanings are subtle, sure, but we’re talking about the journey to satori here. Subtlety is everything. One minor misunderstanding early on can lead to a frustrating amount of course correction later, so much frustration that it may cause people to give up entirely.

I know I can’t stop others from using the word “ego” in spiritual teachings, but at least I can stop using it myself. And that’s why, in place of it, I’m going to start using one of two terms that I believe Buddhist and Zen teachers usually mean when they talk about ego: the “illusion of separateness” (my preferred interpretation) or “self-concept.”

Of course, these ego substitutes have their own perils. For one, writing “the illusion of separateness” is far more cumbersome than just writing “ego.” It also sounds like something a ganja-reeking, hemp-wearing hippie might say. It belongs to what I call the “bear with me” aspect of spiritualism.

Here are a few other examples of bear-with-me spiritualism:

“Everything is connected and we are all one…no, really, bear with me. I’m not high. I mean, I am high, but even if I weren’t, that wouldn’t change my thoughts on this matter. Let me explain …”

“Consciousness is eternal. I know that makes me sound like a religious nut, but bear with me…”

“Sometimes the best thing you can do to change the world is to sit and do nothing at all. BEAR WITH ME!”

“Bear with me, but no one has a permanent, core identity. We are, each of us, the universe observing itself and … hey, where ya going? I said bear with me!”

And maybe this is why people in Zen practice use the word “ego” when they mean “the illusion of separateness” or “the concept of self.” It just sounds less hippie-dippie, less psychedelic, less easy to judge.

But does the risk of being judged make the ambiguity worth it?

I don’t think so. So from here on out, unless I’m writing about psychology, I will do as modern Zen teachers instruct. I will be letting go of “ego.”

My next post will be about separateness and the illusion of separateness, which is what I had planned to write about in this post before I veered off on this wonkish language tangent.

So, please, bear with me.

3 thoughts on “Letting Go of (The Word) Ego”