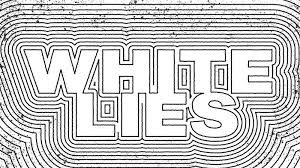 I don’t believe in free will. We can argue that another time. Right now I’d like to briefly discuss what this means when confronting issues of white supremacy and racism.

Denying free will does not mean denying responsibility. Certainly, one could choose to use it in that way, but that’s not my bag. Within the given framework that my actions are the culmination of everything – universally, politically, genetically, environmentally – that has led to the moment in which the action was taken, I still acknowledge some kind of “me” who understands ethics and feels compassion and has a history and as such, I am responsible for my actions. I am where I am because of the circumstances that have led me here, but now that I’m here, I am part of everything that has contributed to my current state. If this doesn’t make sense to you, I get it. I can’t explain it in a way that even I can fully defend, but it is what I believe.

Similarly, White people must accept responsibility for racism, even though their position of power, their privilege, and their ignorance may not be consciously chosen. We are where we are because of white supremacy, and we have hurt people with our words and our actions, inevitably. Taking responsibility means different things for different people, but I do think it must include recognition of current, pervasive, devastating and dangerous racism, and our complicity in it. For most of us, that means talking about it.

The White producers of the podast White Lies say that in their home state of Alabama, all the White people they tried to interview about racism and the Civil Rights movement said they’re tired of talking about all that. When asked when they did talk about all that, what deep, soul-searching conversations led to all this exhaustion, of course there was no answer. Because they have never talked about it. White people are worn out from all the conversations they’ve never had.

I’m not mocking them. It is exhausting. Carrying the collective knowledge of the shared White guilt of centuries of oppression is fucking exhausting. But the weight isn’t lessened by avoiding it. Talking about it, accepting our participation in racial injustice, actually does help. I have been talking about race for a while now, and I am here to testify, folks, that you can build White Racial Stamina. Can I get a witness! I’m not as fragile as I used to be; I can (sometimes) accept responsibility and recognize my complicity without emotionally devastating shame. It’s an endless journey, but I’m definitely further along the trail than I was even a year ago.