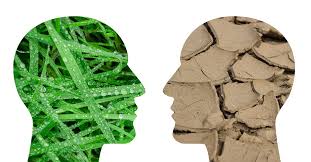 Sorry for the inconsistent posts, folks. I’ve been wrapped up in a State Fair exhibit and thus entrenched in Climate Change lit. It’s taken an emotional toll, to be honest. I’m not proud of that. Oooh, middle class American White Lady feels bad about the warming planet. Pooooor American White Lady. Yeah. I’d like to come up with a better excuse for the depression that engulfed me when I dove into this swamp, but this is what I’m left with.

Happily, a different kind of climate change book has been helping me cope. I just finished Don’t Even Think About It: Why Our Brains Are Wired to Ignore Climate Change, which got me to jump off the doom train and mount the bipartisan babble bicycle (sorry). I loooove books about the human brain and how it fucks us up. The Invisible Gorilla, Why Buddhism is True, and the somewhat discredited Thinking Fast and Slow are all excellent. This is another in that genre, but with the specific task of improving communication about climate change in order to push us towards a critical mass of action.

There is a lot of excellent information here: about our attachment to identity, our need to conform to the ideologies of the social group we’ve chosen, the way we assess risk, confirmation bias, etc. I could nerd about all of it for paragraphs, but I’m committed to the same goal as the author; improving communication and action on climate change. With that in mind, here is my biggest takeaway from the book.

Do whatever the fuck it takes to get people to move on climate change.

Maybe that’s a big extreme, or maybe it’s not. I could say that whatever the fuck it takes means chaining myself to an oil derrick or lying down in the middle of a freeway or  blowing up a CAFO, but would that really be more effective that building support for carbon-reducing legislation? Most likely any non-believers who heard about my awesomely dramatic actions would be gifted with yet another reason to shun (what they view as) my “beliefs,” so those performances aren’t actually what it takes to get shit done. Let’s adjust:

Do whatever the fuck it takes to actually get people to act on climate change.

This is harder, because it’s not about declaring my convictions or self-righteously putting myself in harms way. It’s about doing what actually works, instead of what makes me feel good. And what works is letting go of my own narratives and beliefs and biases in order to join with my Others to fight the real enemy: the end of humanity and the world as we know it. (I don’t say the end of life as we know it, because that’s not necessarily an enemy or a bad thing. Moving towards a lower carbon lifestyle is necessary and can be even fun.)

This means I have to stop thinking of CC nonbelievers as stupid or sheep and start seeing them as vulnerable little human beings just like me whose circumstances have led them to the same kind of groupthink and bigotry and skepticism as mine have, just from the other political side. They critically distrust authority like I critically distrust the White House. They believe their community of caring, like minded people just like I do. They mold evidence to match their ideological beliefs just like me.

If I want them to join the fight against global warming, I have to make it their fight. I can’t just wait for the government to draft them into my war.

How do I do that? My embracing religious perspectives, by expanding the consequences of CC beyond the realm of environmentalism, by moving away from blame. It feels so good to blame, but it’s worse than unproductive. We have shared values, and if we identify and build on those, we may actually be able to fight the corporations that don’t have values because they’re not people with consciences but vehicles of production and profit, and the politicians who don’t have values because they’re only interested in what will get them through the next election cycle.

What are the shared values? Protecting children, being responsible, enjoying life, making decisions for ourselves, and maintaining good health may be a few.

So I clearly have the brilliant idea. I could work on turning it into actual communication. And I’ve tried a bit of that with the abovementioned exhibit. But how much is that really going to do? Who else should I be reaching out to? Through what medium? Why would any of the nonbelievers believe me, a believer, anyway? Any ideas on how to disguise myself? Help?

3 thoughts on “Do What Works, Instead of What Makes You Feel Good (The End of Empathy pt. 3)”